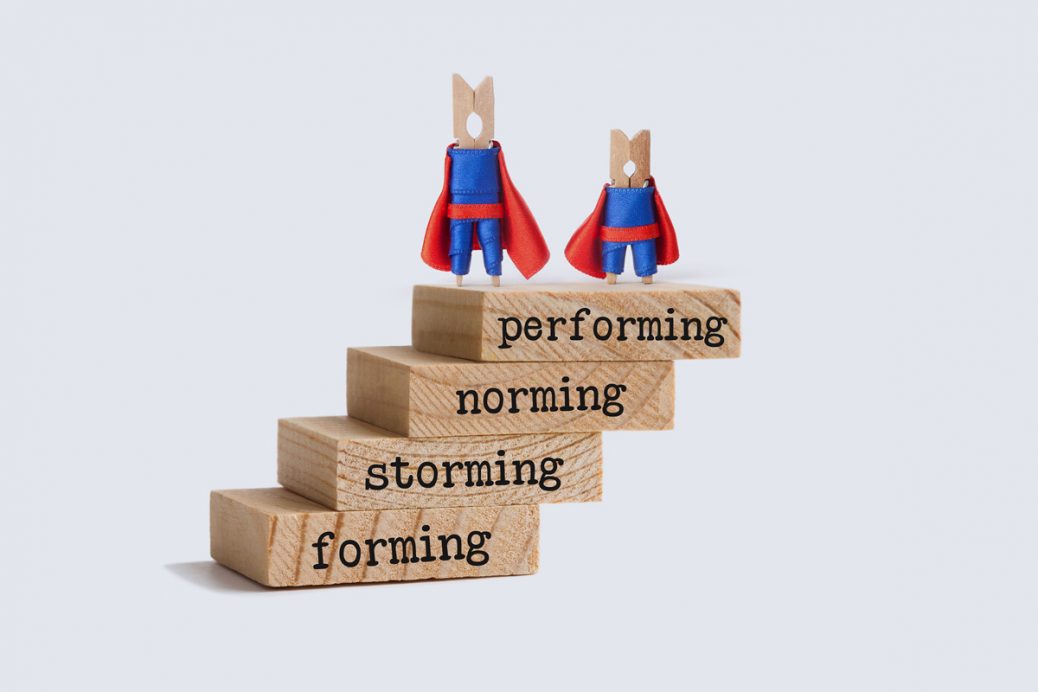 The phrase teamwork creates images of success on a collective scale. Jubilation, high-fives, celebrations, and the joy of sharing the same podium.

While these images and outcomes are all desirable and worthy, most individuals who perform within a team, soon become aware of the other dynamics at play within teams.

It was during his time in the US Navy in the 1960’s that Bruce Tuckman observed the ways in which teams came together, and the various stages of their development prior to eventual high-level performance.

Until the release of Tuckman’s Model of Team Development, many people assumed that once a team was formed, their development and organisational dynamics would allow them to achieve greater successes. However, subsequent research and case studies identified that in the real world, teams are often forming and changing, and each time that happens, they can move to a different Tuckman Stage.

As illustrated in his model below, Tuckman uncovered the stark reality that prior to achieving great things, teams can expect to go through a period of challenge and/or conflict – which should not be viewed as detrimental to the teams’ successes. In fact, the emergence and understanding of this model has allowed many teams to share their concerns and voice their opinions – within a supportive and encouraging environment – to progress to a stage where they can then perform at a higher level than previous.